This has been my earliest morning yet! Up at 6am to pack my belongings into a travel pack, check out of Gilligan’s for the night, and catch my “Go WILD” Jungle Tour. After collecting all the tour members from various hotels, hostels and curbs on the street, we began the tour with a scenic coastal drive along the Captain Cook Highway up to Port Douglas.

Our first stop in Port Douglas was the Wildlife Habitat – “Australia’s Leading Wildlife Experience.” I don’t think I have ever seen so many different species of plants or animals in such a short period of time in my life! The Wildlife Habitat really “Puts you in the ZOO!”

The Wildlife Habitat is an advanced eco-accredited immersion exhibit – an open interactive environment for guests and animals to mingle in a spacious natural setting. Visitors wander along elevated boardwalks, observing up close a huge range of flora and fauna as birds fly and roam freely.

Right as we walked into the exhibit we were introduced to the cassowary, which is one of Australia’s most dangerous and endangered birds around. 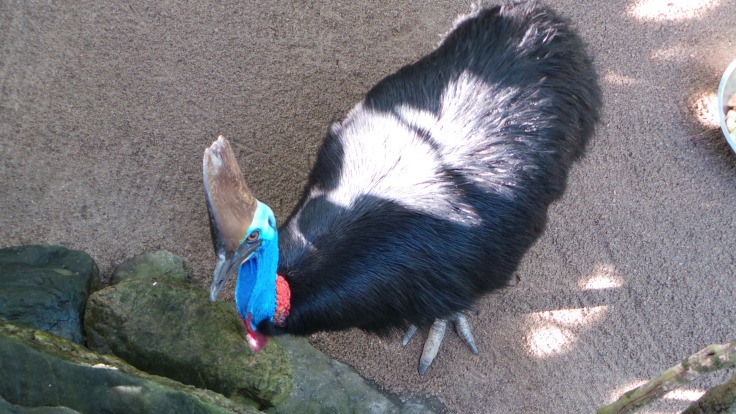 The cassowary looks similar to an emu in the sense they have a large black rump, however they have a long blue and red neck and on the top of their head they have a horn like structure. Apparently the horn-like structure is made of a similar substance to our fingernails and toenails. You really don’t want to anger a cassowary as they will probably try to kill you, or if you manage to escape their attack you will be left quite wounded.

The koala presentation was next on our itinerary. To many people’s surprise, koalas are NOT bears. They are marsupials and come from a similar family to the wallaby and the kangaroo. A marsupial has a pouch and their gestation period is significantly shorter then a bear (mammal), with only a development period of about 35 days before the “baby” is born. Koalas are one of the laziest animals in the entire world, they sleep for 20 of the 24 hours in the day, and are only awake to eat. What a life! Following the presentation we were given the chance to hold a koala if we were interested. Queensland is the only state where you are still allowed to actually hold a koala, so if this is for you come to Queensland before its too late! 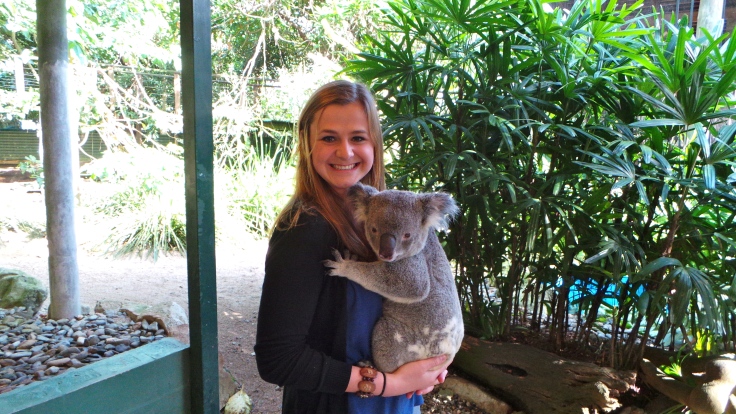 Following the koala exhibit, my Suisse friend and I made our way through to the wallaby and crocodile exhibit. It was wicked to get so close to the wallabies and feed them. They are the just the sweetest animals in the world, and have no problem coming up to you and grabbing food from your hands.

Crocodiles on the other hand don’t have the same temper. They are put in an enclosed environment for viewing only. I was able to “snap” some really neat close-up photos of the crocs while at the exhibit. They appear to be very slow moving, docile animals that don’t have any cares in the world, but I know if they are frightened or startled – they slitter faster than you could imagine. Let’s just say I didn’t make and sharp moves or eye contact with these guys and peacefully exited from the crocodile exhibit. 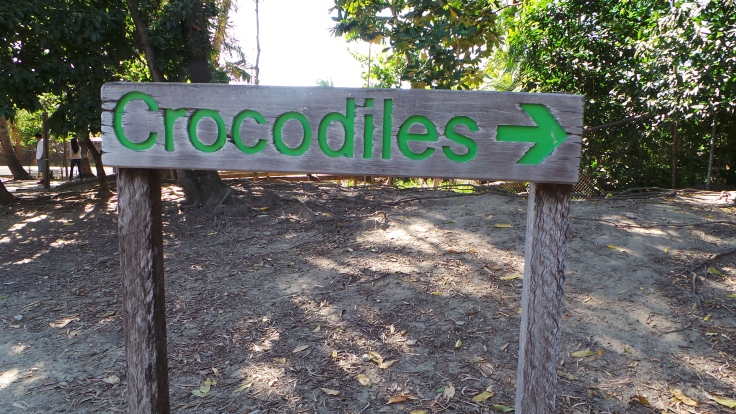 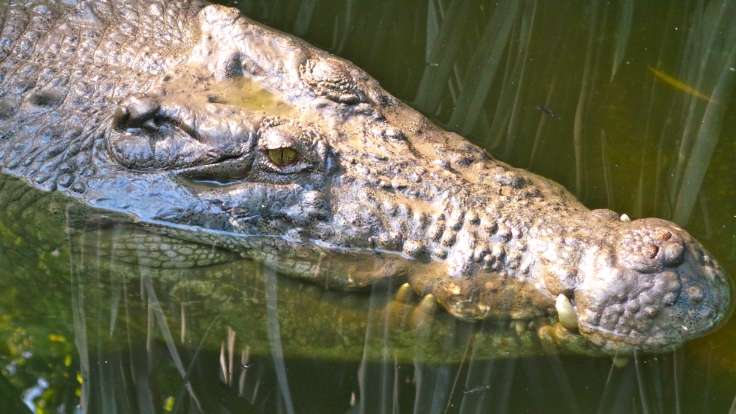 As I made my way through the exhibit, I also saw tonnes of kangaroos bouncing about. One of them in particular was especially friendly and voluntarily posed for people to photograph with him/her.

After being to the moon in excitement for being so close to a kangaroo, my excitement shot over the moon when I saw a joey in another kangaroos pouch! I couldn’t look away – it was amazing to see what you read about in books and see in movies right in front of your eyes. It was such an incredible sight, and a perfect way to end the morning at the Wildlife Habitat. 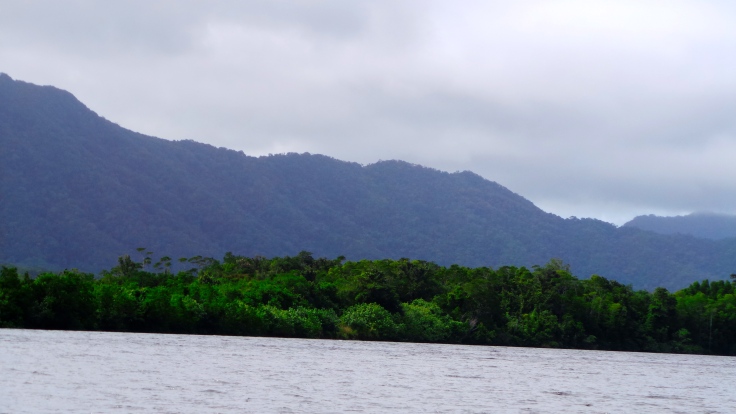 Explore a unique and diverse eco-system at the junction of ocean mangroves and freshwater World Heritage Rainforest.

On our river cruise, he had the chance to see wildlife such as crocodiles, green tree snakes, and a rainbow bird in their natural habitats. Some of the crocodiles we saw ranged from 1 to 100 years old! Some of the crocs ranged in length from less than 1 foot to 2 metres long! You don’t want to get too close to these guys, cause unlike some of the other animals in the wild – crocs hunt for humans.

Before heading to lunch, we made a quick pit spot at a beautiful lookout called the Alexandra Lookout. Take a look at the magnificent view of the Daintree River and the Coral Sea.

The morning finished up with a delicious picnic lunch provided by “Go Wild – Jungle Tour” and some natural chili chocolate Icecream from a local shop. Afterwards, we had the opportunity to enjoy an hour long guided tour through the Daintree Rainforest. I have been extremely impressed by the knowledge that all the tour guides have about where they work. You could ask “Nic” about any species of wildlife in the entire rainforest and she would be able to tell you the name of it and a few facts to follow. Not only would she fill your brain with knowledge during the guided walks, she would keep your brain working on the long bus rides with history of the rainforest as well as interesting personal stories.

What intrigued me the most about the Daintree Rainforest was not it’s current beauty, but the growth and development that it underwent to get to its current state. Many species of wildlife that are found in the rainforest have been growing for thousands of years, with traces being found millions of years back. Some of the trees only grow about an inch a year, and have currently reached heights of over 100 feet. Do the math… that’s a lot of inches. 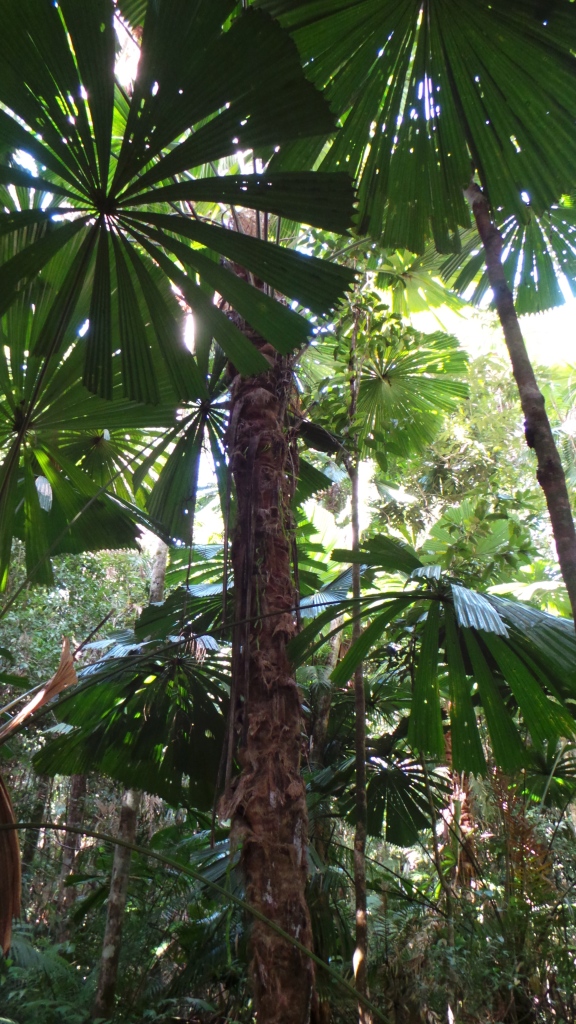 The Strangler Fig is another species that is extremely fascinating and is found in the Daintree Rainforest. It’s name comes from its natural behaviour to surround itself around another tree and grow alongside it. As it grows beside the other tree, it begins to “strangle” it, which inevitably leads to the other tree to die. After hundreds of years of this tree rotting, it is left hollow on the inside. I had the chance to see strangler fig at work, and the hollow nature of the dying tree is absolutely beautiful.

There is so much to see and learn about up in the rainforest. It receives more rain some days than London, England receives in the entire year. You can feel the energy of the rainforest and can smell the freshness of the air you are breathing in. It truly is a magical experience unlike anything else in the world.

Cape Tribulation Beach House is a very funky, modern resort, which offers a wide range of affordable accommodation from budget to deluxe. Offering a beachfront bar and bistro with a totally cool chilled-out summer beach vibe; you will feel at home in the rainforest.

As soon as I arrived and checked in to my private rainforest cabin, I made my way down to the beach with a beer in hand. It was perfect. It was slightly overcast but it didn’t even phase me. 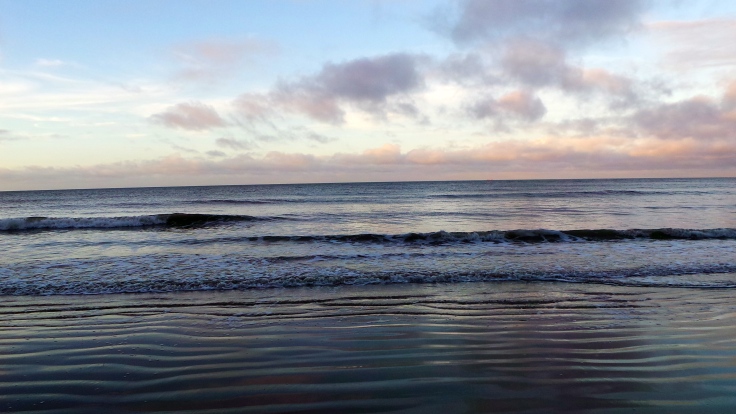 Being amongst one of the most diverse rainforests in the entire world took over my thoughts – I was completely disconnected from the rest of the world and I felt at peace. I took a moment to myself while staring out into the ocean to think about how incredible the last week of my life has been in Australia. Only wonderful memories came to mind and I proceeded to smile.

Australia is truly a place of magic. A place where you can really discover yourself. A place where the possibilities are endless and opportunity is at your fingertips. Australia changed me for the better the first time I visited, and it continues to make me a better, more well-rounded individual with each encounter and experience I have in this country. As a youth solo traveller, it does get lonely every once and a while, but if I could choose one place in the world to be completely on my own, I’d be Australia.

The Cape Tribulation Beach House Resort was the perfect place to spend my evening. I returned from a long stroll on the beach to enjoy a delicious dinner from the bar and bistro. Following my dinner, I met up with a couple German girls who had also made the trip from Cairns to Cape Tribulation for the night and we shared our various Australia stories. Everyone you meet while travelling in Australia are extremely friendly. Australia is the perfect place to travel throughout your “youth” years, and is a perfect time filler during a gap-year. Just be careful… you may never want to leave! For more information on opportunities in Australia, take a look at the Australia Work-Holiday Visa and way that YOU could spend a year in the best country in the world.

It’s been about a week since I’ve been in Australia. I have a hard time trying to wrap my head around all the adventures I have already done and how many more I have to do. There really is no place like Australia, and I hope you take the leap and come find that out yourself.