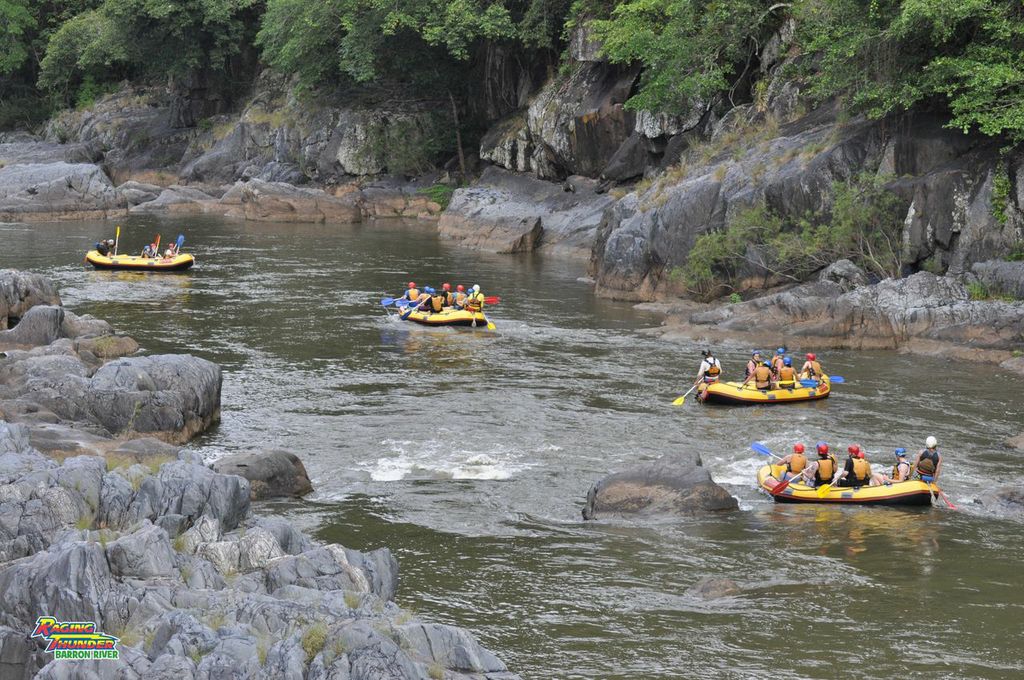 It’s time to tune in my inner Park Ranger and head north to the tropical land of Cairns, Queensland. After meeting up with Astra Limousines outside of the Sydney Central YHA, I was straight to the airport to pick up my 8.55am flight to Cairns. When I arrived, I checked in, crossed my fingers my bag weighed less than 50 lbs, and went straight through to security.

My flight took off about 10 minutes late, which normally I don’t fuss over, but I was in a small time crunch for catching my white water rafting tour that afternoon. On my flight to Cairns, I was seated beside a really nice guy from Michigan who was with a group tour focused on medicine. They had been to Melbourne and Sydney and were visiting various hospitals, clinics and participating in several medicine based activities while overseas. They were finally flying up north to enjoy some R & R in Port Douglas while enjoying the beach and the hot weather. 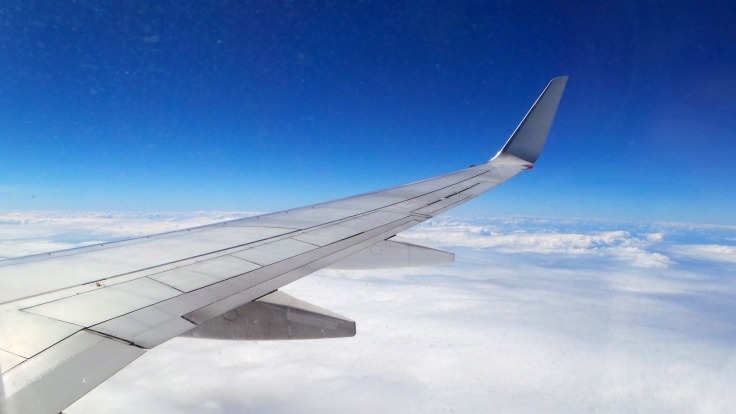 When our flight landed, I immediately ran to baggage claim as it was pressing 1 o’clock and I was being picked up at 1.45pm at my hostel for my rafting tour. The Cairns domestic airport is very tiny, and to be frank slightly disorganized. Trying to identify the carousel that my luggage would be coming out of was impossible as nothing was properly marked and hundred of flights were arriving at the same time. It took me over half an hour to find my bag which led it to being 1:15 before I left the airport. To make matters worse, Cairns was hosting an Ironman during the day and some of the major highways going into the city were blocked off. That caused my shuttle to my hostel being late and me starting to panic. It wasn’t until 1:25 that my shuttle arrived and once again another thing not in my favour, Gilligan’s Resort and Bar was the second last drop off. At this point I had come to terms with it that I wasn’t going to raft and that’s that. My perfect trip streak was coming to an end…

But maybe the gods listened to my prayers, I arrived at Gilligan’s just after 2pm and the bus for rafting was gone. However, the tour guide had called me seeing where I was and was kind enough to loop around again and pick me up!!! This would never of happened back in Canada – you snooze you lose! Just another example of how Australians are fabulous people!

Following that small mini crisis of almost not making the bus, I was able to relax a bit while we made our way to Lake Placid (about 20 minutes away from Cairns). Tim who worked for Raging Thunder Rafting led us to the Barron River. Similar to many of the Cairns tour guides, he was awesome! Full of energy and passion for where he lives and works. 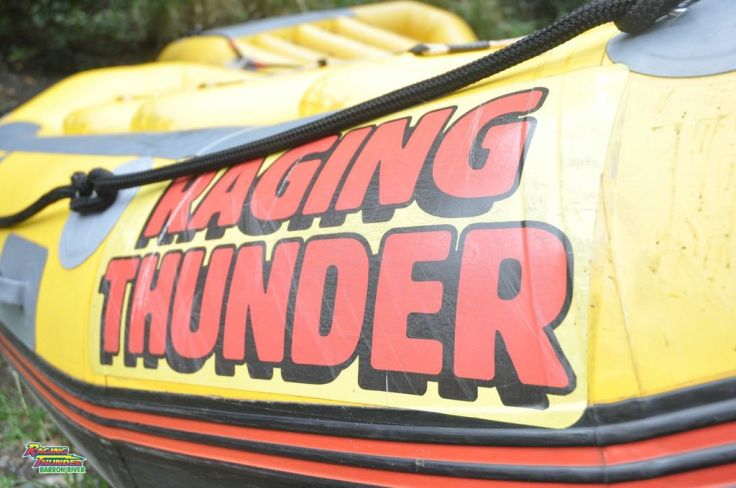 When we arrived, we got put into our rafting groups, ran through some safety protocols and were ready to go. My group consisted of myself, 4 USA exchange students currently studying in Sydney as well as Tim. We hopped into the raft and started our way down the Barron River. They say a picture speaks a thousand words, so in that case I will let you gage my rafting experience via these pictures… 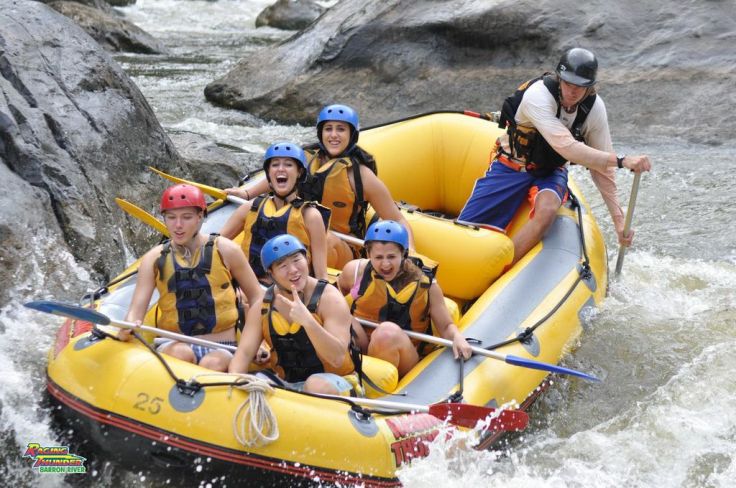 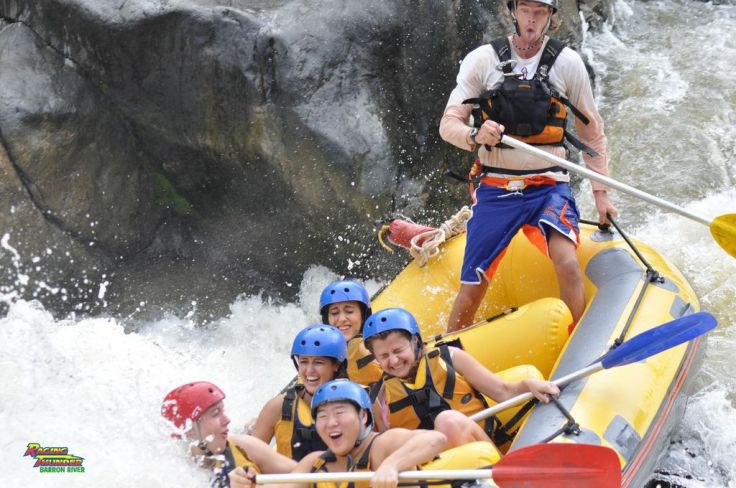 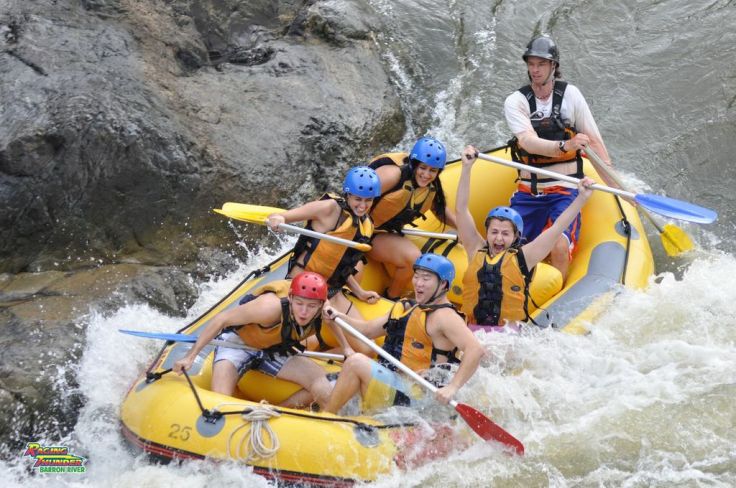 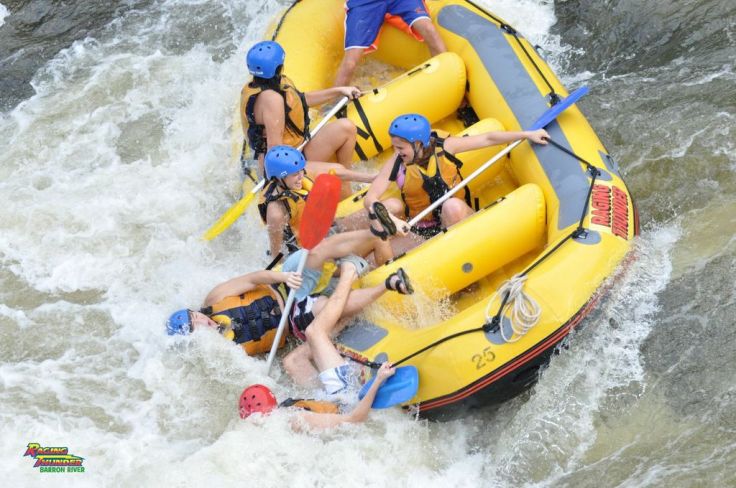 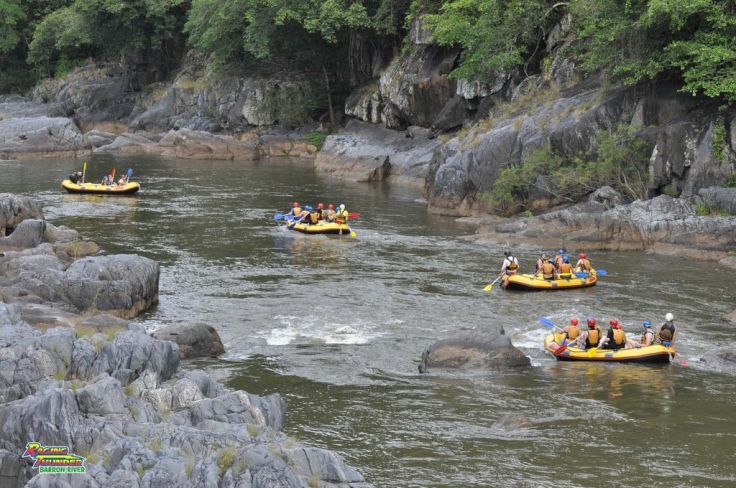 As you can see, I was having the time of my life. It makes me wonder why I had never rafted before, even in Canada!

Despite the bitter taste I had in my mouth about the Cairns Ironman that almost made me miss out on rafting, I was very interested in checking out the finish line which was right on the Cairns esplanade. Amongst a crowd of thousands and thousands cheering on their loved ones, I found a good spot to stand to cheer on complete randoms as they finished the last 100 metres of their run after the swim, 190 km bike and 42 km run. Even saying that makes me tired; imagining having to complete those lengths would probably kill me. I don’t understand how people can get themselves into that fitness level to be able to be standing after completing an Ironman. It almost put me into tears when I saw the top finisher in the Women’s 18-24 ages range complete it in 12.5 hours. 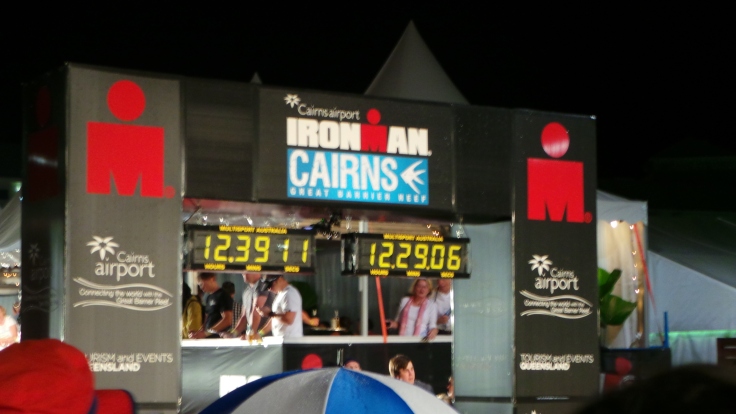 Other than my self-esteem plummeting and exploding on the floor, it made me reconsider how fit I was… kind of kicked me in the butt to consider getting into better shape. Maybe I will start small and train for a 10km in the New Year? Hmm… Well I’ll think about that later, as for now I’ll just travel the world.

It was another early evening for myself, as I had to be awake at 630 for my “Go Wild” Jungle Tours pick-up at 7am the next day. There has been no down time for this lady – on the go, nonstop. I go from attraction to attraction, city to city while exploring anything and everything that presents itself to me in between. Extremely exhausting, but I love it and wouldn’t have it any other way. I can’t wait to spend the next 2 days in the rainforest as I tune in my inner Park Ranger and Mowgli from the Jungle Book.

I won’t be having Internet access while in Port Douglas, the Daintree Rainforest or Cape Tribulation, so my posting will come to a hault for a short period of time. Hold tight though, my wanderful life will be updated as soon as I am back!

On to the next adventure, 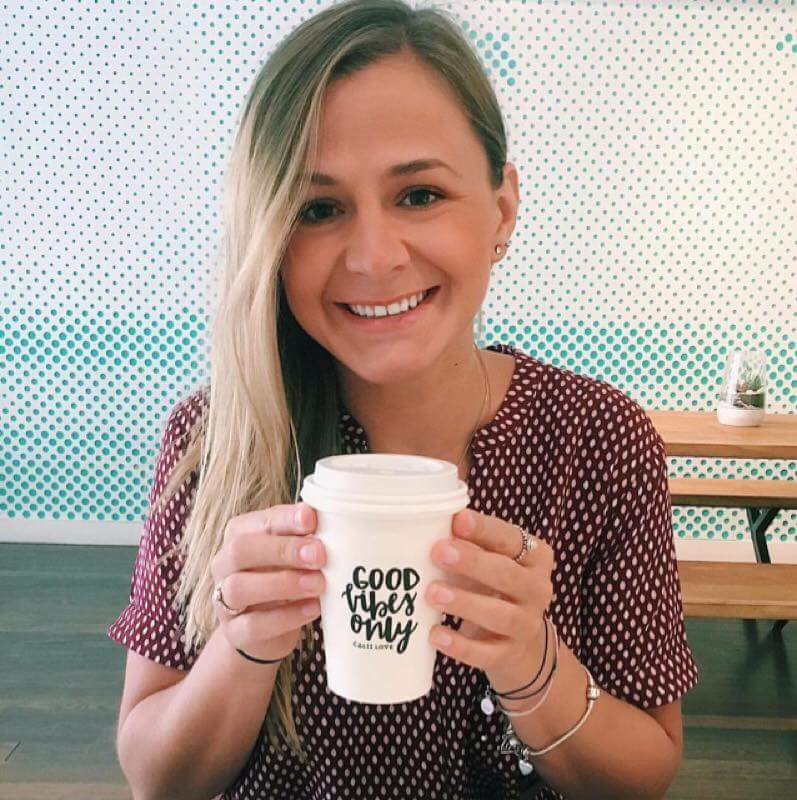