I can’t believe it – 3 weeks, 17 flights, 4 Australian states and thousands of memories and pictures; I’ve touched down back in Canada. With the accumulation of layover times, and flight times, June 26th 2013 has been the longest day in my entire life with over 30 hours of being in transit. I woke up at 630am (Melbourne time) to head to the airport to catch my 10am flight from MEL- SYD. I had 4 flights on the agenda before arriving in Toronto. Melbourne to Sydney (1.5 hours), Sydney to Los Angeles (14 hours), Los Angeles to Detroit (4 hours) and Detroit to Toronto (1 hour). 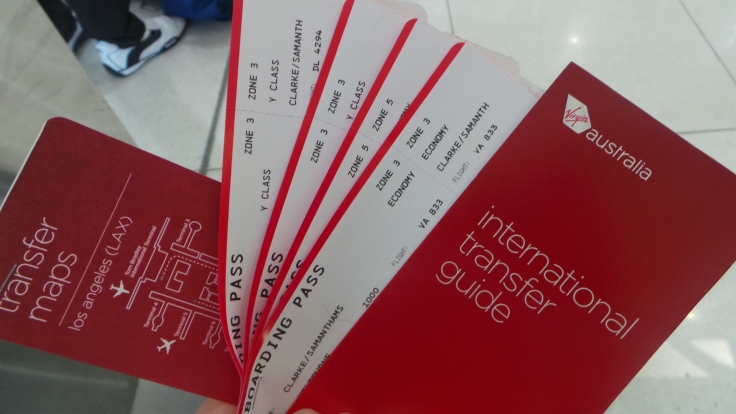 When I landed in Toronto I experienced mixed emotions. I was felt waves of excitement for finally touching down in Toronto after the long day of travelling, as well as opposite feelings of immediate disbelief for not still being in Australia. I couldn’t fathom that the 3 weeks that I had been counting down towards, and been dreaming of were already over. I began to reflect on all the experiences, places and people that I had met during those three weeks and instantly began to smile. When you travel, it is extremely difficult to find the time to sit back and recognize how some of the experiences, places and people you meet impact you. It becomes something that you start to take for granted, and something you don’t realize the extent of its “awesomeness” (excuse my poor English) until you are fully removed from the situation – After returning from my first big trip last year (Exchange in Melbourne), I found myself exercising a weekly habit of scrolling through pictures and reflecting on my time.

Australia has a way to put me in a state of “awe” easier than anywhere else in the world. Within the last 3 weeks, I experienced a diverse range of incredible landscapes, world-famous iconic landmarks, unique wildlife encounters and mouth-watering food and drink. 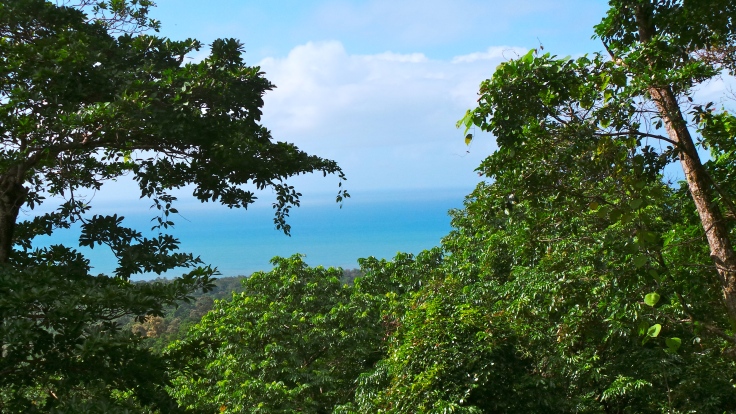 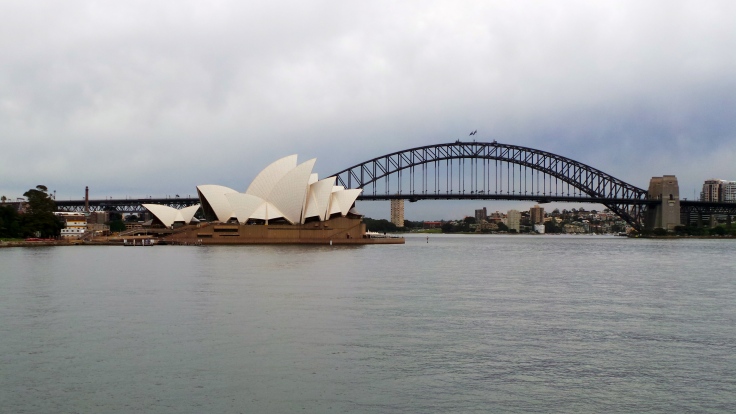 It was surprising to me that everything I experienced in Australia managed to blow me away. It was extremely easy for me to get over the early morning grumpiness when I arrived at my planned tours for the day. Greeted with a smiling face, morning tea and a day full of exploring ahead of me – there was no reason not to smile. Everyday presented itself with a new learning experience, a chance for exploration as well as many photo opportunities. There were so many photo ops that I managed to snap over 1500 photos in the 3 weeks!! 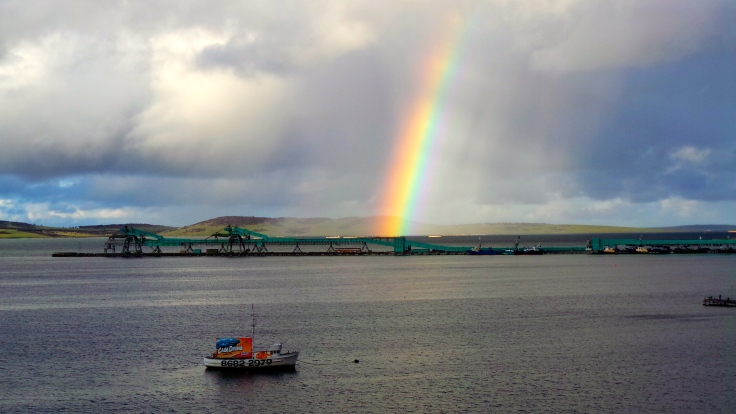 This trip to Australia was extremely different than the first time I was in Australia. To be more specific, I found a huge difference in the amount of communication I made to people back in Canada. Last year while I was in Australia, I tried my best to keep in contact with my friends, family and followers as much as I could – constantly checking to see what they were doing, what I was missing back at Western University and how everyone was doing. It was extremely exhausting and took away from a lot of the experiences I was having. I had FOMO (fear of missing out) all the time, and sometimes it was so bad that I wanted to just go home. However this year was completely different – I hardly had the time or interest in being fully connected to back home. I found that I easily immersed myself in the Australia lifestyles and took in everything and anything that was presented to me. I was more confident in my ability to be alone, speak to strangers and make friends on my tours. It was such a nice feeling and really showed the amount of growth I had made within the last year. Travelling has been the main reason for this personal growth.

This may come as a shock to many people, but my favourite part of the “Best Jobs in the World” was meeting the 18 finalists. It was surreal to think that all 18 finalists had gone through such a life-changing and rigorous process to get to this stage in the competition. They each managed to beat out 600,000 other people, 40,000+ video submissions, and 196 countries to be in the top 3 of their category. 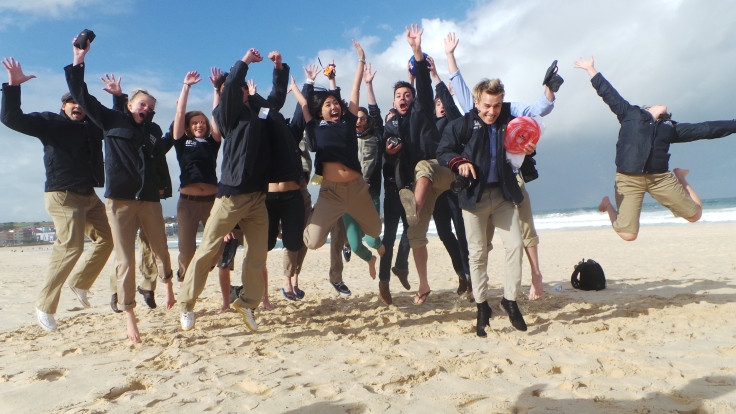 There were finalists from all over the world such as places including: USA, Canada, Hong Kong, Taiwan, Germany, France, Scotland, Britain, Afghanistan and many more. They all had such a diverse range of cultural backgrounds, travel histories and special talents, which ensured that the conversations between the group were extremely enlightening. They each had something special to share and bring to the competition. Some had a background in acting while others were singers, perpetual travellers, and fashion artists. 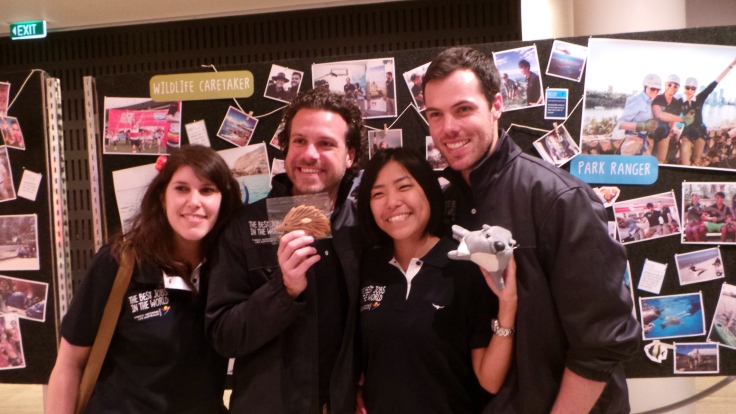 Though they all had very different backgrounds, they all shared the common goal of wanting to win one of the “Best Jobs in the World” and this goal created a very special bond between them. Not only was this bond shared amongst the finalists, I began to feel it too. I couldn’t believe how invested I became in this campaign over the last few months.

This journey has been one that you can’t quite put into words. It was something you had to be apart of to fully understand how amazing it was. I was put into situations that were extremely overwhelming and unfamiliar at first – for example: being constantly surrounded by media crews, news reporters, and high up businessmen and women. Being put in a situation where I had to be professional was such a learning experience, and it helped me realize that this atmosphere was one I enjoyed. It helped me realize my passion for working in a fast-paced environment, working with various media and news crews, as well as staying committed to daily sharing my experiences with my followers on my social media networks. 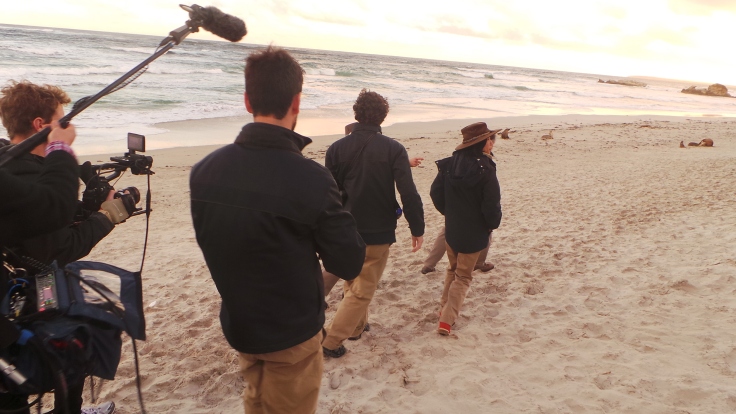 Not a day passed that I wasn’t constantly updating my Facebook, Twitter, Instagram and Blog with engaging and unique content that traced my “Best Jobs” journey. Thanks to “Best Jobs,” I think I have found my niche. I can’t think of anything else I would enjoy more than travelling the world while sharing my experiences and stories. I would hope that me continuing to share my adventures they will hopefully inspire people to do the same.

As I sit back in Canada writing this post, I can’t help but think about how life-changing the last 3 weeks really were. I know that the term “life-changing” is thrown around loosely all the time and sometimes it isn’t represented properly. However in this cause, Tourism Australia’s “Best Jobs” Contest has truly been “life-changing” that I am about 90% confident I will be moving back to Australia in the next couple months. This huge move was never on the agenda before this trip, and other commitments will be taking the back burner at this point in my life. The choice to move to Australia and pursue my passion and future career interests in marketing, social media and content producing is something that I’ve recently grown to love. As a recent University graduate, getting my working holiday visa to enhance and add to my personal portfolio is the best decision I could make right now. The world is at my fingertips and I think you need to take advantage of opportunities like this while you are young. In addition, it is extremely difficult for anyone with just a degree from University to find a job. With what I have realized through my time away, I really encourage any recent University graduate to look into gaining additional experience in their field of interest, either through an internship or working while abroad. The opportunity to gain that additional “edge” will help set one apart from somebody else vying for the same position/job.

It’s been a crazy ride the last couple months and I wouldn’t have it any other way. I’ve been living a life of spontaneity, constant motion, and constant change – what could be better? I am ecstatic that I have also been able to share this crazy ride in Australia, and the “Best Jobs” contest with you over the last couple weeks. 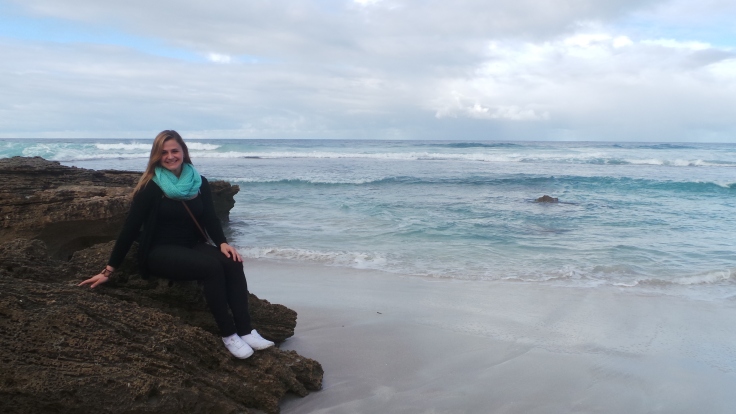 So, what’s next for this wanderer? Is it time to relax for a while and allow myself to get over the jetlag? … NO WAY JOSE – It’s off onto another adventure!

For the next three weeks I will be exercising another travel style which is of interest to me: Being a tour guide with youths. With Westcoast Connection/360 Student Travel I will be going through the USA, and visiting New York City, Boston, Washington D.C and New Jersey as a Community Service Trip Leader. It’s going to be quite a change of pace from my “Best Jobs” experience, but I look forward to working with students and seeing the impact that travelling has on them directly. It’s going to be a busy three weeks and I hope to keep everyone as updated as I possibly can. Make sure to follow my Twitter: @sam_clarkey, Instagram: @sam_clarkey and Facebook Page: Samantha Clarke – Travel Guru for instant updates on the adventures we get up to.

Thanks for stopping by, and I look forward to continuing to share my stories with you in the future.