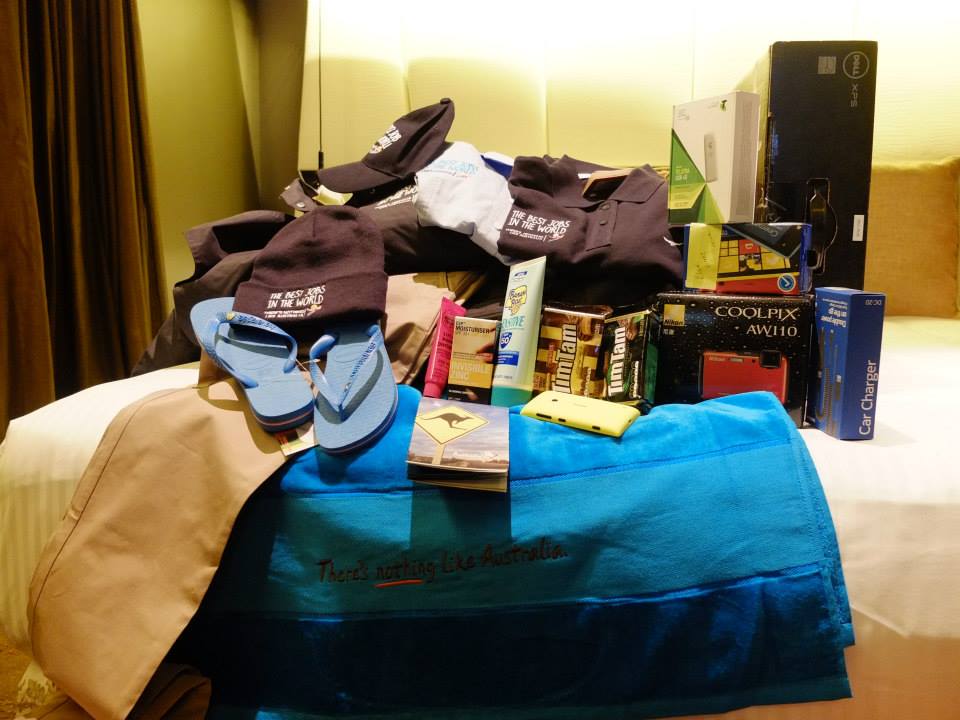 After many tweets, TV appearances, newspaper articles and overall anticipation, the time has arrived! The 18 finalists from 12 different countries have arrived in Sydney, Australia to begin the final stages of the “Best Jobs in the World” contest. With over 600,000 online applications from 196 countries worldwide, and 45,000 video submissions, the top 3 for each position have been chosen to compete against each other for one of the six “Best Jobs” titles.

For a better understanding of the six available jobs, follow the link here.

The finalists have been making their way to Sydney over the last couple of days, with some of them arriving early to settle in, catch up with fellow Australian friends, and to check out some of Sydney’s attractions before all the craziness begins. I have been following the various contestants on their social media channels and you can feel the excitement beaming off each and every one of them as they enter the next stage of the competition. With so much energy, commitment and passion put into achieving their specific “Best Jobs,” the competition is going to be tight.

The winners of the six jobs will receive a six-month contract with Tourism Australia, which will include a $100,000 package – $50,000 salary and $50,000 to cover living expenses. It is quite evident amongst the various contestants that the money is the last thing on their minds. The passion and love for the jobs they are applying for is the prime reason for competing. The drive and want to inspire others to consider travel in Australia is a huge motivator behind the contestants’ efforts. Once Australia is on your mind, you are hooked and that is apparent amongst the finalists.

Though I am not currently in Sydney, Australia at the moment, I have been following the arrivals and first day of finals week via social media. The first day consisted of a group breakfast where all the finalists had the chance to meet each other, followed by a “meet N greet” at the Tourism Australia head office in Sydney. The “meet N greet” allowed for the finalists to meet the people who have made this entire contest possible, as well as allowed them to be showered with gifts. Not your ordinary welcome gifts I tell you; they received some really wicked stuff. From Nikon cameras, to a Nokia smart phone, Dell computer and heaps of “Best Jobs” clothes, they have all been “swagged” out for the week ahead. Not a bad gig if you ask me! 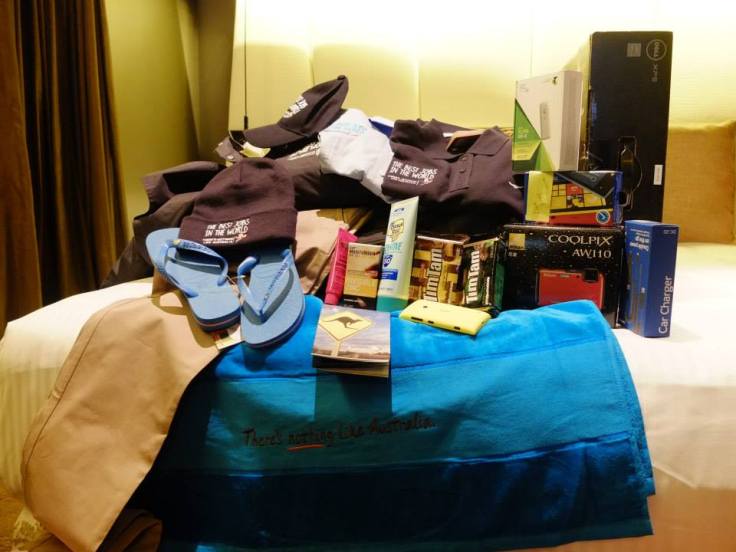 In addition to the “meet N greet” at Tourism Australia’s head office, they each underwent a media interview, and a photoshoot under the Sydney Harbour Bridge. There is no time to waste, the finalists are getting right into the Aussie lifestyle.

Throughout the day, tonnes of tweets, Instagram photos and Facebook posts have been uploaded regarding the status of the competition and it is evident it is really starting to heat up. I think the contestants are starting to feel the pressure, and they can really taste the prize. I find it interesting to think about how the finalists’ other competition is sitting either beside them or across from them at meals and meetings. As much as everyone is here to have a good time, there can only be one winner per job. Sizing up the competition is bound to happen. I wish I could have been there to see the first interaction amongst the group.

From the various finalists I have connected with recently, an anonymous reaction has been made; each finalist is extremely diverse, and the competition is going to be tough. This will definitely make for an exciting finals week!

The rest of the week in Sydney for the finalists will include various media appearances and training sessions, sight-seeing of some of Sydney’s biggest attractions (Sydney Opera House, Sydney Harbour Bridge), a visit to the Taronga Zoo, and a training session with the Australian Football Leagues (AFL) premiers, the Sydney Swans. These activities will take the finalists up to Friday June 14th, and on the following day, the finalists will fly to their respective state or territories to participate in “job-specific” challenges. You don’t want to miss this part!

Where in Australia will each contestant be during the final challenges? Check out the map below provided through Tourism Australia: 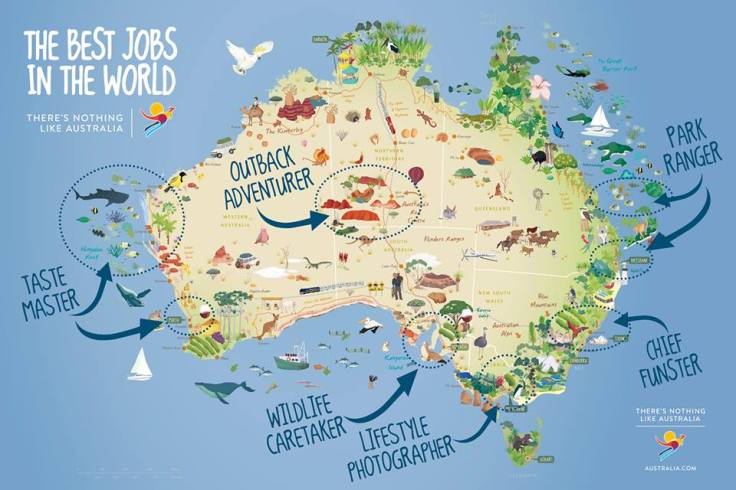 I am lucky enough to travel to South Australia this upcoming Saturday to follow the finalists vying for the Wildlife Caretaker position. Hsin Hsuan Hsieh (Taiwan); Greg Snell (Canada); Nick Tilley (USA) are all still in the running to claim this dream job. While they are in South Australia, they will be put to the test and required to create captivating video footage, talk to local media, conduct a guided wildlife tour of the Seal Bay Conservation Park and track echidnas while sharing their experiences with their social media networks. It’s going to be a busy few days for the finalists and I am looking forward to them being put to the ultimate test.

After wrapping up the finalists time in their respective states or territory, they will all join again in Sydney for a couple days before the final announcement event on June 21st when the six winners are chosen.

Only 9 days until the winners are chosen, and I’m certain it’s going to fly by. Make sure to stay tuned for updates on the “Best Jobs” finalists and contest. This is going to be the ride of their lives – what a dream come true!